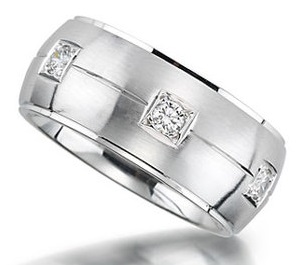 The problem with cushion cut diamonds (and something most jewelers don’t tell the customer, or don’t know themselves) is that the majority of them are cut from undesirable diamond rough.

In other words, the rough they would rather not use to cut a round, princess, or any other more desirable fancy shape diamond. They’re often cut shallow and suffer from a severe lack of brilliance because of this.

Before we can talk about the reasons behind poor cut proportions, let’s take a look at the factors used to measure the diamond’s overall quality. Diamonds can be differentiated by their shape and four common characteristics, also known as the “four C’s”: cut, clarity, color and carat.

Out of the 4Cs, only cut is determined largely by a human’s actions and it is what makes a polished diamond sparkle with character or look dead and lifeless. Obviously, who doesn’t want a diamond that is brilliant and fiery? Yet, it’s funny and ironic when you think about it from a consumer’s viewpoint.

Who cares about the VS clarity and D color if it doesn’t sparkle??

If all rough diamonds have the potential to turn into beautiful polished jewels, why do cutters cut stones to crappy proportions which result in a lack of life and luster?

The reason lies in cost and profit margins.

While there are a lot of bad ones, there are a minority of cushion cuts that will rock your socks out. The following table of recommended proportions should be used as a first screening to help you filter out the really bad ones.

Choosing a perfect fancy shaped cushion is no walk in the park. On the next page, there is a useful compiled a list of the important factors that you should consider when selecting cushions here: https://beyond4cs.com/shapes/cushion/